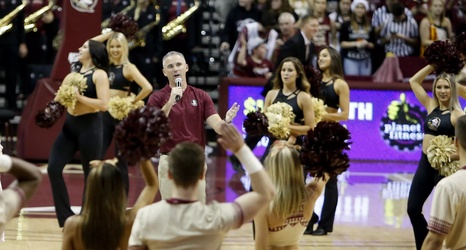 FSU used a huge second half to cruise to a 5th straight win over Clemson at home. Trent Forrest is now 6-1 vs. Clemson in his career. Remember when this used to be a rivalry?

On the pod Matt Minnick and Michael Rogner break down the Clemson game which Florida State won 72-53 after a dominant second half.

Some topics covered tonight include:

A) What the bench is bringing, and how important it is to develop that second rotation of players

Ham) Hey, Mike Norvell is the new coach of the football team and he was in attendance, which makes a Mike Norvell discussion fair game!