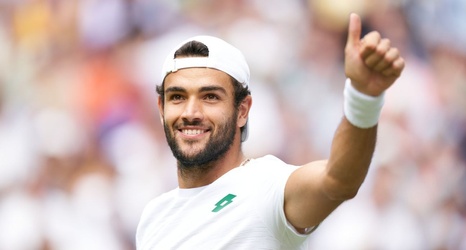 Novak Djokovic is into his seventh Wimbledon final.

The two-time defending champion will face No. 7 Matteo Berrettini in Sunday's final.

Shapovalov repeatedly put pressure on Djokovic but faltered at the crucial moments. He failed to serve out the first set at 5-3 and then double-faulted on set point in the tiebreaker.

Djokovic saved all five break points he faced in the second set before Shapovalov double-faulted again to hand him a 6-5 lead.