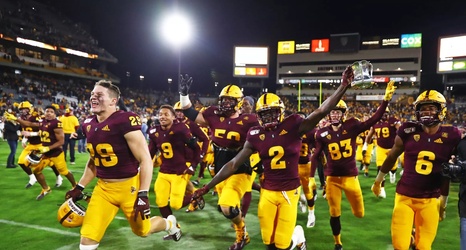 After losing its first meeting with Arizona State in 1971, Florida State has defeated the Sun Devils three consecutive times, most recently in 1984. The Seminoles have had less fortune at the Sun Bowl, having lost their only two appearances there, in 1954 and 1966.

And with the teams’ meeting in the desert looming, the professional handicappers in the desert think the latter streak is more likely to continue than the former. ASU opened as 4.5-point favorites over the ’Noles, and that number has since increased to 5.5. The over/under for this game is presently set at 55.