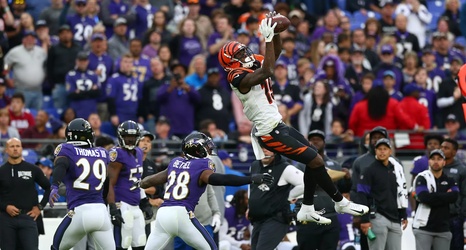 Winston recorded career highs in yards (400) and interceptions (5) in Tampa Bay’s forgettable trip to London, keeping with the trend of terrible football being played in Tottenham Hotspur Stadium.

Winston had an awful day and his offensive line was equally putrid, with backups in at right guard and right tackle, Winston was sacked 7 times on the day...

...One of those sacks came courtesy of Brian Burns, who recorded his first ever NFL sack on Winston a few weeks ago. Burns paid the Bucs quarterback another visit in week 6: