No. 8 Florida State soars past the NC State Wolfpack in the second half for a Tobacco Road win 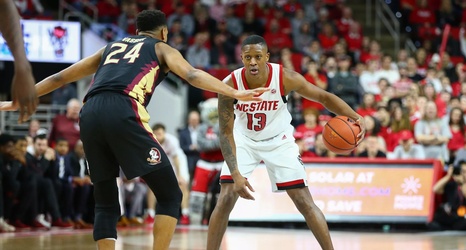 Florida State traveled to Raleigh, North Carolina to take on an NC State team that obliterated Duke in their last game out. Despite trailing at the half, FSU came out swinging in the second stanza and led most of the final 20 minutes on their way to a 67-61 spread-covering victory. The win brings FSU to 23-4 on the season and keeps alive the ‘Noles hopes for the 1-seed in next month’s ACC Tournament.

The game started on a positive note for the Seminoles controlling the offensive glass early. Devin Vassell, who struggled shooting the ball his last couple outings, opened up with an early three.