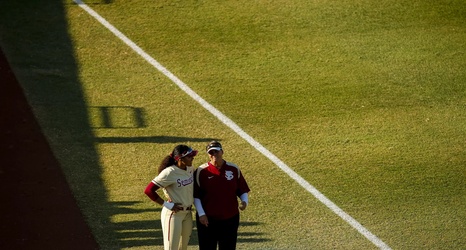 The lady Seminoles are coming off a huge opening weekend which led them to a top five national ranking. The weekend saw FSU win two games in walk-off fashion and three games by the mercy-rule in blowouts. Two wins came against then-ranked no. 1 Alabama.