No. 10 FSU softball comes up short in the College World Series against No. 1 Oklahoma 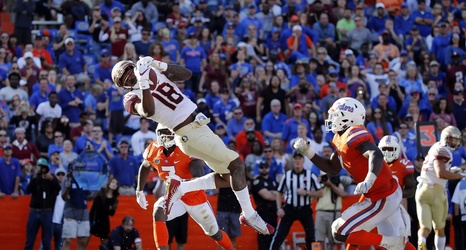 Oklahoma was designated the home team for this game. The Sooners sent Giselle Juarez to the circle. Kaley Mudge started the game off with a double to the right centerfield gap. However, she was stranded at second as Juarez retired the next three Seminoles. Danielle Watson started in the circle for Florida State. Jocelyn Alo slugged a one out homer over the left field wall to give the Sooners the early 1-0 lead.