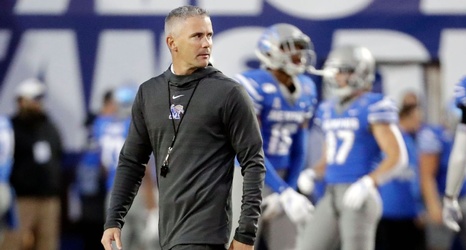 Mike Norvell will not coach Memphis in the Cotton Bowl against Penn State, he confirmed in a letter to the Memphis community.

Norvell, hired Sunday as Florida State's coach, cited a restricted calendar for both recruiting and game preparation as a reason for his decision. Memphis, which won the American Athletic Conference championship on Saturday, will face Penn State on Dec. 28 in Arlington, Texas.

"As I have told the team throughout my time, you give everything you have each and every day to the best of your ability focused on your CLIMB, and I could not stand in front of them without being able to prepare to the level they deserve," Norvell wrote.