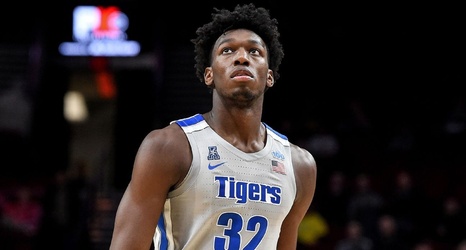 University of Memphis 7-footer James Wiseman -- a potential No. 1 overall pick in the 2020 NBA draft -- has signed with Excel Sports for his professional representation, a league source tells ESPN.

Wiseman is ranked third in ESPN's most recent mock draft, but remains a strong candidate to become the No. 1 overall pick in the June NBA draft.

The formal agreement with an agent officially ends his college career, which concluded with Wiseman deciding to depart college instead of serving a 12-game suspension and repaying $11,500 in moving expenses that his college coach, Penny Hardaway, had provided his family in 2017.