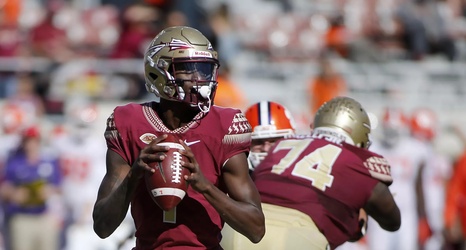 In the least surprising announcement in a while, Florida State football went public with the obvious: Redshirt-sophomore signal-caller James Blackman will begin the 2019 season as the Seminoles’ starting quarterback.

Blackman, now listed as 6’5, 195, was thrust into the spotlight in 2017, when then-starter Deondre Francois’ season ended via injury during the opener against Alabama. Blackman started the rest of the way as a true freshman, helping the ’Noles to a 7-6 record and an Independence Bowl win over Southern Miss in a rocky season defined by Jimbo Fisher’s defection to Texas A&M.