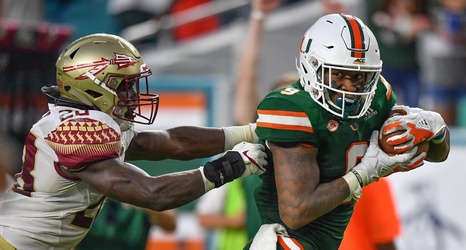 In the 14 seasons that the ACC has had a football title game, the teams have met on the field in either Jacksonville, Tampa, Orlando or Charlotte a total of…zero times. Over the same span, the Seminoles have made it to the title game five times (winning four of them) while Miami has had more losing seasons (two) than title game appearances (one) over that span.