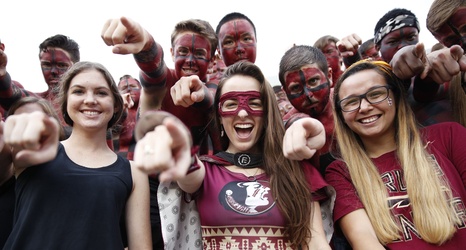 FSU football amazingly still has the No. 18 ranked recruiting class in the nation after firing Willie Taggart in early November and losses to Miami and Florida.

The Noles still do not have a head coach announced yet so I wondered what was happening on the recruiting front since recruiting coordinator David Kelly was let go shortly after Willie Taggart.

It appears some of the current coaches are out on the road recruiting despite not knowing their immediate futures with the program.

There’s a good chance a number of them will not be retained when the new hire is announced as they’ll likely bring in their own coaches.