FSU football: The impact of James Blackman’s injury for Noles 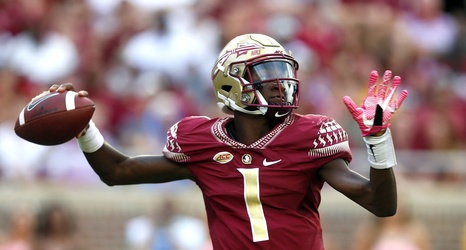 FSU football fans have always seemed to have a love and hate relationship with James Blackman.

I’m not sure why, but its likely because he had to unexpectedly play as a true freshman when Deondre Francois was injured.

He wasn’t an early enrollee and really raw as a prospect but ultimately led the Noles to seven wins that season. I thought he played well all things considering and thought he should have been the starter in 2018.

Nevertheless, he redshirted and became the presumed starter going into the 2019 season before FSU landed graduate transfer Alex Hornibrook who joined the team this summer.