FSU football takes down Boston College with Haggins at the helm 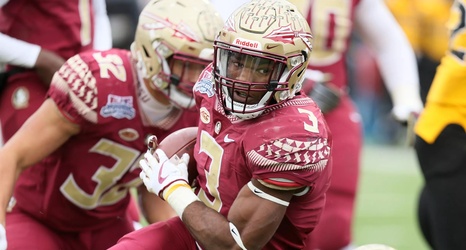 The Florida State Seminoles upset the Boston College Eagles on Saturday afternoon by a score of, 38-31 after firing head coach Willie Taggart earlier in the week. With the victory over the Eagles, the Seminoles will likely become bowl eligible next week after the game against Alabama State.

FSU wide receiver Tamorrion Terry opened one of the best games of his career with 134 yards on five catches and one touchdown in the first half. The 74-yard touchdown reception decreased the Eagles lead to, 14-10 and was the RS sophomore’s fourth 70-plus yard TD of his career pushing him out of a three-way tie for most in school history (with Ron Sellers, Peter Warrick and Rashad Greene putting him on top of the record books:

After allowing the Eagles to score on their very first drive, the Seminoles forced Boston college to kick two more field goals in the first half that they missed.