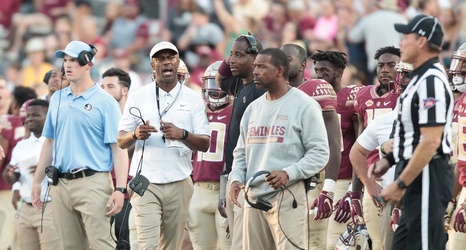 Mario Edwards will fill a countable coaching role as an assistant on the defensive side of the ball, interim head coach Odell Haggins has announced. The change is effective Tuesday.

In a corresponding move, recruiting coordinator David Kelly is no longer on staff. Kelly followed Willie Taggart from Oregon and was formerly FSU’s wide receivers coach in 2018 before he was moved to recruiting coordinator. The NCAA permits each team to have 11 countable coaches, including the head coach. Those coaches are the only staff members permitted to recruit off-campus and, along with four graduate assistants, to provide on-field instruction.