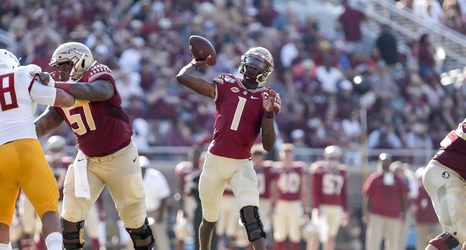 The sophomore quarterback looked sharp and poised, but more importantly Florida State was willing to air the ball out to its talented receivers. Against Boise State, Blackman completed seven of 14 passes on throws 10+ yards down the field.

This week was a much different story.

Despite playing a seemingly inferior opponent in Louisiana-Monroe, FSU did not take many shots down the field to its receivers. For the most part, the passing game was quite conservative.