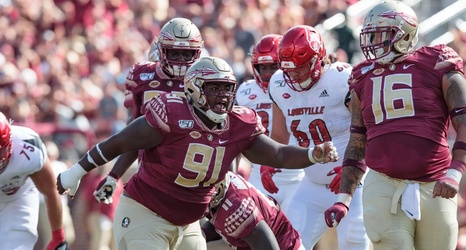 We’re very fortunate to have the SB Nation network of team sites to work with during game weeks. This week we’re chatting with John aka CardinaIStrong, a staff editor over at Card Chronicle, SBN’s blog for the Louisville Cardinals. You can also find him on Twitter here. We chatted about Louisville’s Jekyll and Hyde routine, former Louisville quarterback Jordan Travis, how great Louisville the city is, and how one bowl of sugar was particularly sweet for both fanbases.