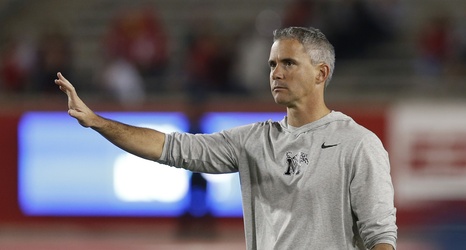 It has been news FSU football fans have been waiting on since Mike Norvell was introduced as FSU head coach Sunday.

Whether or not he’d coach his former team in the Cotton Bowl against Penn State later this month.

Memphis (12-1) earned its bid by winning the AAC Conference Championship with its win against Cincinnati Saturday.

Norvell left the door open when asked about it during the Q&A portion of his press conference Sunday, stating he’d want to do what was best for both programs.

In a letter he wrote to the Daily Memphian he communicated he has decided to not coach the bowl game and concentrate on what needs to be done at his new job in Tallahassee:

It is with tremendous sadness announcing that I have coached my last game leading that great team.