FSU football: Impact of David Kelly no longer being on staff 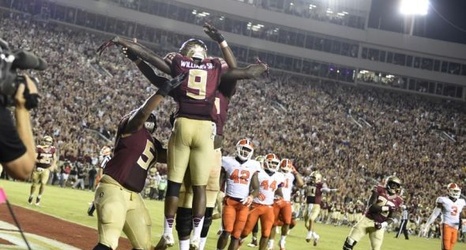 The news broke Monday afternoon FSU football Recruiting Coordinator David Kelly was no longer on staff and former FSU player Mario Edwards Sr. would move to a coaching role on the defensive side of the ball.

Edwards Sr. will likely help coach defensive backs as that’s the position he played from 1995-99 while capturing All-ACC Honors in 1998-99.

He was a member of the 1999 NCAA National Championship team who’s been on staff in various roles since 2012 when his son and former five-star defensive end Mario Edwards Jr. was a player.

David Kelly had been with former coach Willie Taggart at both Oregon and South Florida before coming to FSU as wide receivers coach in 2018.