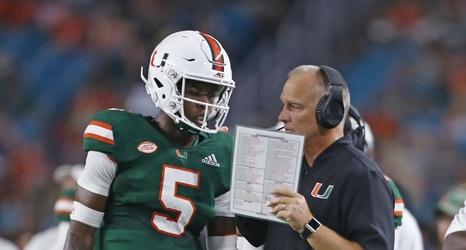 FSU football defeated Mark Richt the first year he was hired at Miami, but lost the last two games with Mark Richt as head coach there.

All three games were razor close with FSU giving both games away that they lost. I argued that FSU was better off with Mark Richt at the head coach at Miami.

He was never going to get them back to elite status like their fans believed, after all, he was 7-6 in his third season.

Their recruiting has plummeted and become a laughing-stock with their list of de-commitments ranking higher than their actual class.