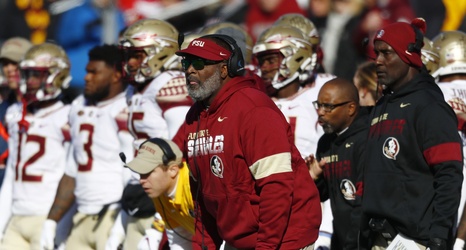 For the first half of action on Saturday, the FSU football team looked like they had quite an uphill climb against a Boston College team they had barely beaten last season – but a comeback that may go down in history could have just made the Seminoles a team that could be bowling at the end of this season.

The Seminoles used a 28 point second half, including two touchdowns after letting the Eagles come back and tie the game with under three minutes to go, and got the 38-31 win that evened their record at 5-5 on the season with the home finale next weekend against FCS foe Alabama State coming up.