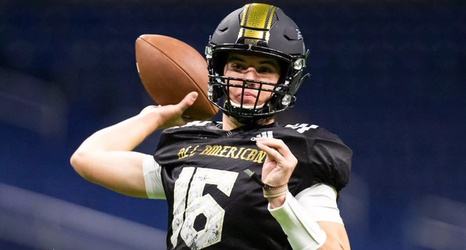 Florida State signed a quarterback in their 2020 recruiting class. As if that was not notable enough, they signed one who received state Player of the Year awards!

The Georgia Athletic Coaches Association released their All-State selections for the 2020 season, and Florida State had two signees make the grade as players of the year with another two making All-State teams.

Tate Rodemaker, the previously mentioned quarterback commit, had a strong season for Valdosta. Rodemaker threw for over 3,000 yards and 40 touchdowns against an extremely strong schedule in Georgia’s 6A division.

The GACA named Rodemaker as the Class 6A South Offensive Player of the Year.