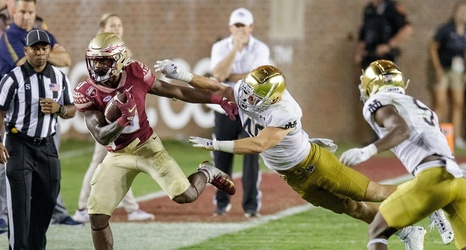 College Football is finally back, and it came in with a bang this past weekend. With fans packing Doak Campbell Stadium and no other games opposite it, the Florida State Seminoles football game vs. the Notre Dame Fighting Irish Sunday night was a ratings bonanza for ABC/ESPN.

It obviously helped having two of college football’s most iconic programs, but McKenzie Milton’s improbable return, and an overtime thriller resulted in the game capturing 8.8 million viewers at its peak. According to ESPN, the game was the second-most viewed opening week Sunday game on record (since 1996).