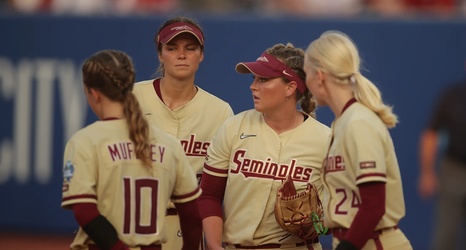 It’s a winner-take-all Game 3 at the Women’s College World Series.

After splitting the first two games of the Finals, the No. 10 Florida State Seminoles and the No. 1 Oklahoma Sooners meet this afternoon with the national title on the line.

Game one went to Florida State. The Seminoles jumped out to an early 7-0 lead and was able to hold off a late charge from the Sooners’ bats to win, 8-4.

They repeated that same early lead formula in game two, scoring twice in the first inning.