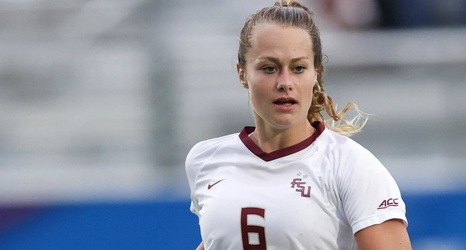 Florida State Seminoles soccer, after earning the distinction of having being voted the best coaching staff in the country, also now has the best player in the country.

Adding to her all-ACC honors, Jaelin Howell was given the MAC Hermann Player of the Year trophy.

The Seminoles had great odds for nabbing the award, with both Malia Berkely and Jaelin Howell nominated as part of a three person field. North Carolina’s Brianna Pinto was the other finalist.

In 2007 Mami Yamaguchi became the first Seminole to win the Hermann trophy. In 2014 Dagný Brynjarsdóttir of Florida State was the runner-up.