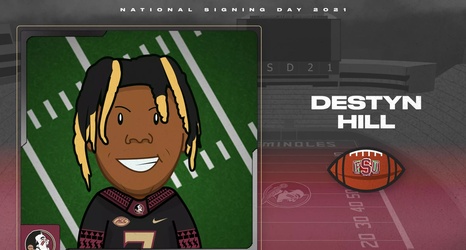 After a long, strange trip including a worldwide pandemic and a college football season unlike any we’ve ever seen, the journey to complete the high school Class of 2021 signing class has come to an end.

Mike Norvell and his staff added 16 prep prospects during the Early Signing Period in December, and the ‘Noles won a crucial battle by tacking on the signature of Louisiana 4-star stud WR Destyn Hill during the traditional National Signing Day on February 3. With Hill’s addition, FSU’s 2021 signing class now ranks 22nd nationally and 4th in the ACC, per 247 composite class rankings as of Wednesday evening.