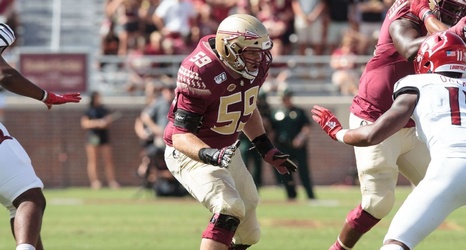 He just picked an interesting time to propose.

Saturday night, FSU lost to Jacksonville State on a wild play with no time left to send the Seminoles to an 0-2 start to the 2021 season.

Shortly thereafter, with Gamecocks players still celebrating on the turf, Scott could be seen in the stadium end zone proposing to his girlfriend, Makala Pierce.

He's not the first college football player to try this proposal. Boise State's Ian Johnson famously proposed after upsetting Oklahoma in the 2007 Fiesta Bowl, and Clemson QB Trevor Lawrence proposed on the field in the offseason last year.