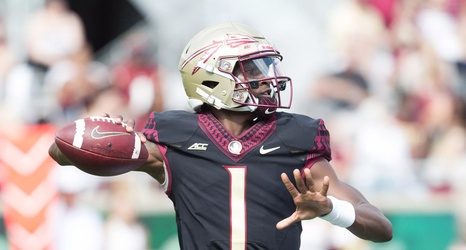 Not quite according to this list from AthlonSports; ranking him 36th overall but it sounds like they do think highly of James Blackman.

The addition of Kendal Briles as the team’s new play-caller and added competition along the offensive line should help to jumpstart Florida State’s offense in 2019. With Deondre Francois off the team, Blackman is the unquestioned starter in Tallahassee. The sophomore has plenty of experience under his belt. After an injury to Francois in 2017, Blackman started 11 games and threw for 2,230 yards and 19 touchdowns to 11 picks.