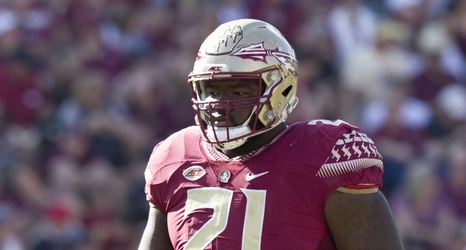 The Maxwell Football Club announced its preseason watch list for the Chuck Bednarik Award on Monday afternoon. The award has been presented to the College Defensive Player of the year since 1995. Florida State defensive tackle Marvin Wilson is one of 80 players to be included on the list and is the sole Seminole.

In the Houston native’s breakout sophomore season, he recorded 42 tackles, including 4.5 for loss with 3.5 sacks, four quarterback hurries, two pass breakups and one forced fumble. Wilson was arguably Florida State’s most consistent player in 2018 and will likely be a vital part of the Seminole’s success on defense.