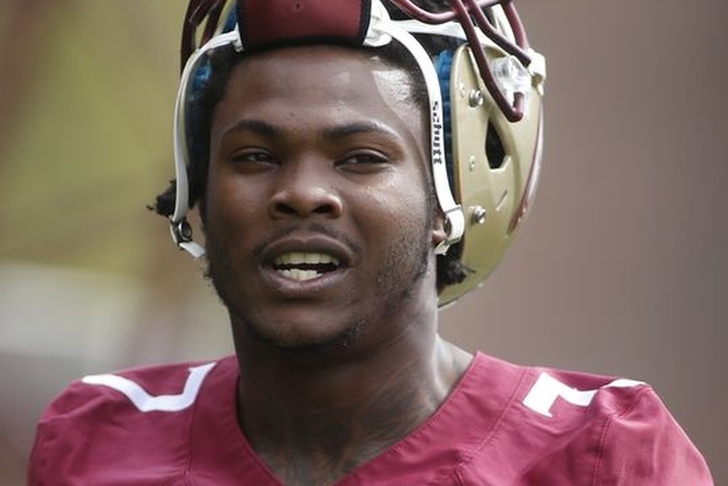 Running back Mario Pender was dismissed from the Florida State Seminoles after being arrested on charges of domestic battery and avoiding arrest Saturday in Tallahassee. On Monday, an affidavit released by police detailed the scene that unfolded, including specifics on the alleged victim's injuries and Pender's failure to comply with authories.

The first officer arrived to the scene after receiving a call reporting a man hitting a woman and dragging her into a house by her hair. When the officer entered the house where Pender and the woman were having a verbal altercation, the Seminoles player was found "straddling her body, with his hands around the neck." Pender told the officer that they were "just wrestling."

The woman, who said she had a one-and-a-half year old child with Pender, had clear signs of physical abuse on her neck and face, but claimed that Pender did not mean to injure her.

The strangest piece of information from the report was that Pender refused to leave with police until head coach Jimbo Fisher responded to the scene. Eventually, a patrol supervisor was able to coerce Pender into coming with the authorities. He was then transported to the Leon County Kail, where he was held on a $1,000 bond.