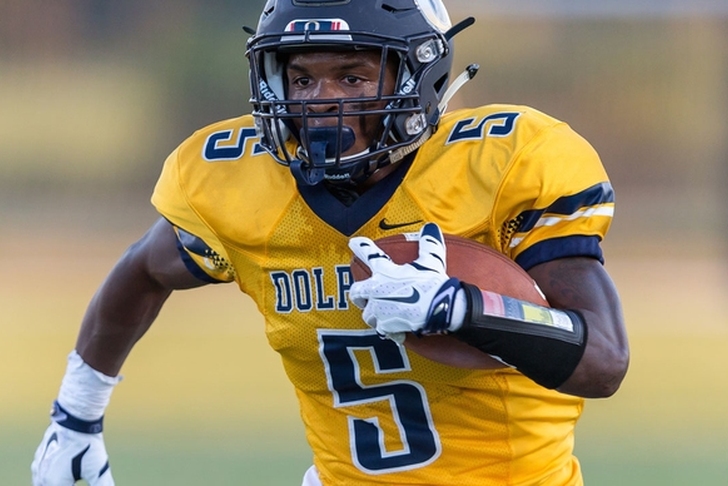 The Florida State Seminoles are on their way to putting together a top 10 recruiting class in the country, putting together an impressive combination of five and four-star prospects. Some of those prospects could make an impact as soon as next year. The recruiting rankings are based on Rivals.com's. Here are the top five prospects already committed to Florida State this year, headlined by five-star defensive back Levonta Taylor.

Robinson stands 6-foot-6 and weighs 253-pounds. He should bulk up once he gets to Florida State and has the potential to at least serve a situation role early. He's already enrolled, which should only help his development. He's the No. 17 player from the state of Florida and the No. 107 overall recruit. This highlight type of him shows his potential.

Tight ends aren't often highly ranked, but Upshur is. He's the No. 5 TE in the nation and the No. 72 overall player. The Noles landed him all the way from Pennsylvania. He could end up developing a strong rapport with another offensive player further down this list.

Johnson is the No. 45 overall player in the 2016 class and the top center. He checks in at 6-foot-3, 332-pounds and already looks like a starting center. For more on Johnson and the Florida State class, download the Chat Sports Android and iPhone app.

The dual-threat QB is the No. 34 overall player in the nation. He's the No. 2 dual-threat and already enrolled at Florida State. While he likely won't start this season, the extra offseason of work could help him in the long-run. At 6-foot-2, 174-pounds, he'll need to bulk up. Check out his highlight type to understand why FSU is so excited about Henry.

The Seminoles lose on stud defensive back in Jalen Ramse7, but gain another potential one in Taylor. He's the top CB in the nation and the No. 10 overall player. He's the only five-star currently committed to FSU and the gem of their class. He has the potential to be great. For more on Taylor, download the Chat Sports Android and iPhone app.