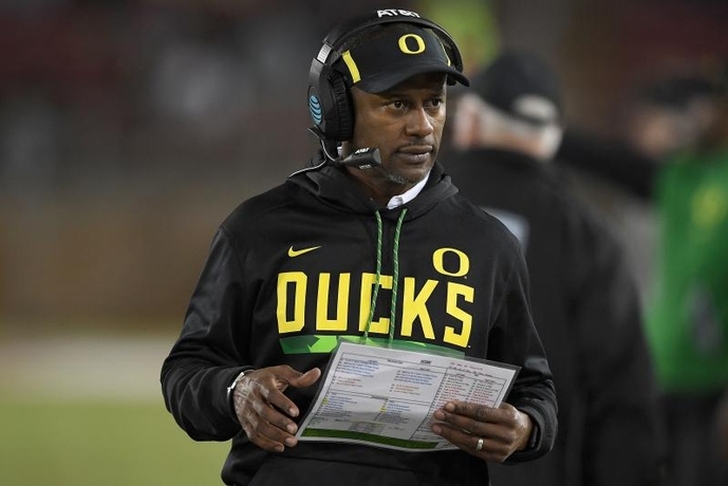 BREAKING #Oregon’s Willie Taggart is expected to become the next head coach at #FSU, source tell me.

Sources have told Chat Sports that Taggart has called a player's meeting for 1:30 p.m. PT.

Feldman reports Taggart was happy in Oregon, but this is going home for him. He grew up cheering for FSU. It's unclear who Oregon will hire to replace Taggart. Current OC Mario Cristobal will be an option for the Ducks.

Taggart was FSU's top choice and they've landed him only days after losing Jimbo Fisher. The money Taggart is getting and what his coaching staff will look like is not yet known.

He posted a 7-5 record in his first year with the Ducks. Taggart previously coached at Western Kentucky and South Florida, helping turn around those programs. Taggart went 2-10 in his first years at both schools, but quickly righted the ship. He went 7-5 his final two years at WKU and won 10 games in 2016 with USF.

Check out our NCAA page for all the latest College Football Rumors or download the Chat Sports App!