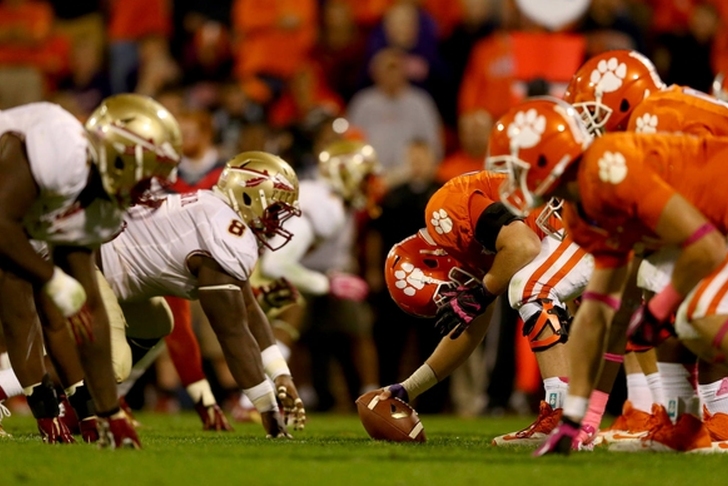 Fans of the #1 Clemson Tigers and (then) #16 Florida State Seminoles flocked to their television sets and computers in droves this past Saturday to watch the Tigers' 23-13 home win over the Noles, setting network records for ABC. In fact, the game's audience was more akin to that of a prime-time showdown rather than an afternoon headliner.

The 3:30pm EST ACC clash averaged 7,530,000 viewers over its duration, making it ABC's most-watched game in that time slot since November 24th, 2012 (Florida at Florida State). The game also was 71% up from Week 10 games at the same time on ABC last year (Purdue at Nebraska or TCU at Virginia).

The TV audience totaled 22,200,000 minutes viewed on the normal broadcast stream, while WatchESPN had 105,000 average minute impressions. Overall, the game was the most-streamed game of the week on the ABC/ESPN platform and the sixth-most streamed regular college season game of all-time for both metrics.

CBS Sports' broadcast of #4 LSU at #2 Alabama won the day, however, averaging 11.1 million viewers in an 8:00pm EST time slot. That makes it the most-watched and highest-rated (6.4) college football game of the 2015 season.

Regardless, the numbers pulled in for FSU at Clemson are massive for the time slot. Prime-time numbers regularly dwarf early and late afternoon EST games on major network, sometimes by more than three times.