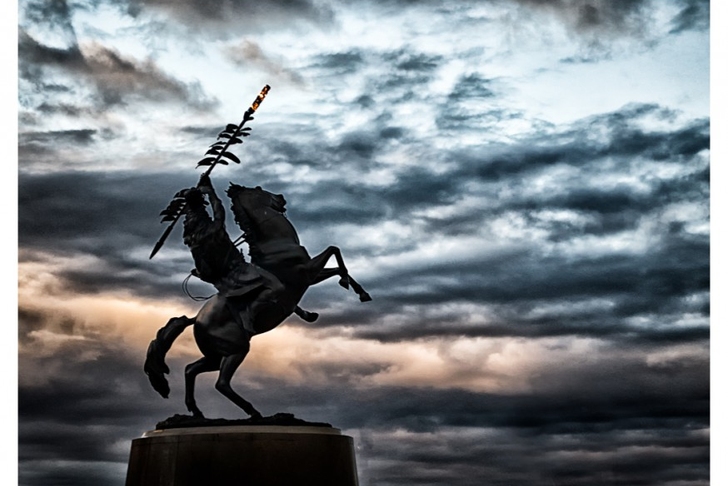 Florida State’s football team has had a roller-coaster of a week. With the exceptions of this year’s much heralded Iron Bowl and some BCS Bowl shakeups for non-AQ contenders, college football’s weekend of ballyhooed conference championships truly belonged to the team in garnet and gold.

Had the Seminoles somehow lost to the Duke Blue Devils, the Coastal Division Champions out of the Atlantic Coast Conference, it would have been one of the biggest upsets in recent memory. The reason why the game, and the last 7-10 days for that matter, has been so captivating has more to do with events off of the gridiron than the action on it.

Recapping the events that led up to the ACC Title Game, just a little over three days after defeating Wake Forest 59-3 in North Carolina, reports surfaced that the second-ranked team in the nation’s top signal-caller was the centerpiece of an on-going sexual assault investigation stemming from an incident near campus in December of 2012.

After weeks of deliberating in the court of public opinion, evidence collection conducted by law-enforcement, and pleas for a speedy resolution, FSU’s QB Jameis Winston was publicly exonerated from any potential criminal wrongdoing. In a press conference held within the Leon County Courthouse in the heart of Tallahassee, State Attorney Willie Meggs, surrounded by droves of media personnel and political legislators, gave an aloof summation of the investigation and issues involved. The conclusion that the state of Florida would not be charging arguably the most important public figure outside of the governor with a felony was not much of a surprise. What was surprising, or perhaps troubling, was the outlying results of the entire situation.

After reviewing variations of the full police report, one of which can be viewed here, it should be at least clear that the decision to not prosecute Winston is legally sound. The entire case screams of “he said, she said” drama that, unfortunately, is more of a common occurrence on college campuses than initially thought, especially when a star athlete is involved in the equation.

Simply put, Tallahassee IS a “big football” town, as one local police detective was notoriously reported as saying to the accuser’s attorney in the early stages of the investigation. Tallahassee is also known as a “big party” town, as evidenced by numerous mentions in major male publications such as Maxim and Playboy.

When it was made official that Florida State wouldn’t have to make any specific decisions on the participation of one of its students athletes, by way of the announcement that Winston would not be charged with sexual assault, the same gatekeepers of the Tallahassee community attempted to paint a picture of transparency, structure, and order within their city.

But what they truly showed was what many have lamented over since information about the case became public. Even after things turned back to the playing field Saturday night, and FSU gave a rusty, nervous, but convincing performance over Duke to win the ACC Crown, the “elephant in the room” would not go away.

ESPN Reporter Heather Cox earned the ire of every Seminole fan and Tallahassee resident on social media when she attempted to do what no other outlet had been able to accomplish successfully – get a weighted response from Winston about the investigation that could have cost him his reputation and his career. Instead of allowing Jameis the opportunity to speak to potential Heisman voters in his own voice, the FSU SIDs on the field with the team abruptly intervened.

On national live TV, on the side of a soccer field, in the corridors of a campus building, it makes no difference. FSU operates like an athletic factory, with the resources and security of a small militia. The city’s leaders are more eager to hide any potential element that could derail their money train than actually take it head on, or stop it altogether.

Seriously, was it necessary for us to have to look at the gangly disposition of State Attorney Meggs for over two hours, or hear the bumbling, almost chauvinistic quips from Winston’s attorney Tim Jansen after the initial press conference from the State’s Attorney’s Office?

The top-ranked team in the country is probably the only example of a truly professional organization in town right now. The Seminoles gave every indication that their team would probably have been prepared to win big even if they had potentially lost their offensive leader for the remainder of the season, thanks to sterling play by Senior DB Lamarcus Joyner and star WR Kelvin Benjamin.

Ultimately, it is more evident than ever that Florida State is a deep and balanced squad, one that can pick up their probable Heisman Trophy winner when he is playing with extra emotion due to having the weight of a university lifted off him. A female FSU criminology major on campus best described the outlook that seems to permeate not only the football team but the student body currently:

“It’s kinda cool to go to a university that has the number one team in the nation right now… Despite everything that has gone on, it’s…. I feel like we deserve this”. The only thing that stands in Florida State’s way is a school who had their own controversial season that ended in a title run back in 2011, the Auburn Tigers. How ironic…