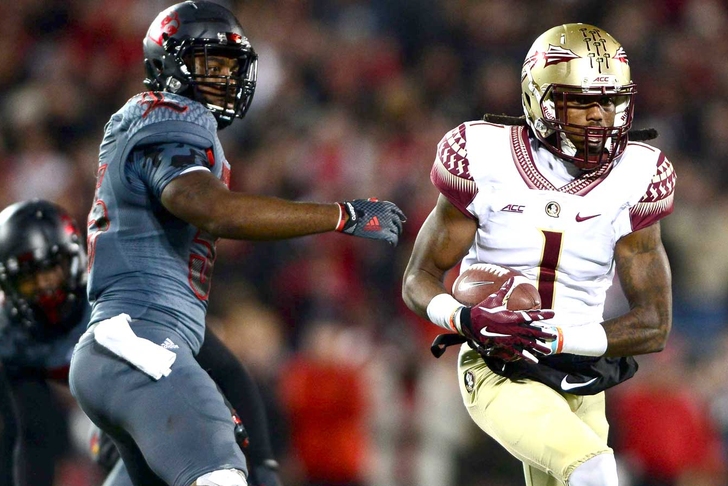 Can't get enough Seminoles football news and rumors? Be sure to download our 5-star iPhone app today!

The Florida State Seminoles escaped #25 Louisville on Thursday, overcoming a second-half deficit in hostile territory to pull out a 42-31 victory thanks to some late heroics.

FSU quarterback Jameis Winston threw three touchdowns in the final two quarters, pulling the Seminoles ahead after they trailed 31-28 with as little as nine minutes remaining.

"We play better when we're down, honestly," Winston said, via Andrea Adelson of ESPN.com.

And, why is that?

"Why?" he repeated. "We like winning. We'd do anything to win. I don't think we enjoy being down, but when everyone is against you, it's a reality check. We get that chip back on our shoulder. We just have to start off like that."

Florida State isn't dominating teams like they did in 2013. Blowouts aren't as commonplace, replaced by close victories pulled together with everything on the line.

"That's character, that's guts, to go out there and keep your poise and stay into the game and never think you're out of it," senior wideout Rashad Greene said. "That's a different type of team. We find a win every week. We're still trying to work on starting faster but as long as we're winning, it will take care of itself."