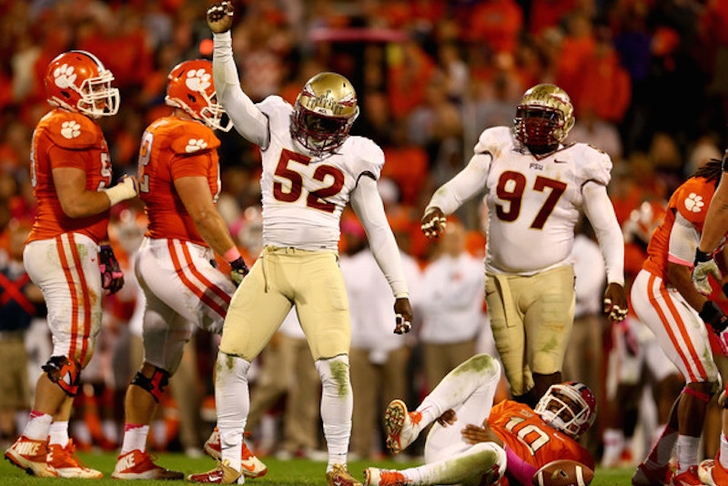 Florida State announced that lineback Ukeme Eligwe had been dismissed from the team on Thursday morning, and now we're starting to learn why.

There are reports that Eligwe tested positive for marijuana, the latest of several failed drug tests. The Seminoles said that he was dismissed for a "violation of team rules".

Eligwe, a sophomore, was a key special teams player for FSU last season, but has recorded only two tackles so far this season after recorded 46 tackles and two sacks last year.