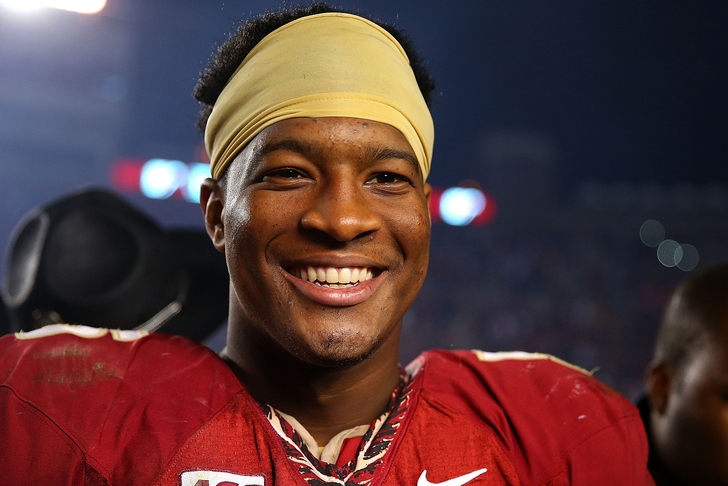 Florida State quarterback and reigning Heisman winner Jameis Winston will declare for the 2015 NFL Draft no matter what happens in the second half of the season, according to a report from CBS Sports.

Winston was supposedly "torn" between entering the draft or spending another year at Tallahassee just a few weeks ago. He loves playing both football and baseball for the Seminoles and would only have declared for the draft if FSU was "undefeated deep into the season" and if he was doing well.

However, the report says that now Winston is "virtually certain" that he'll turn pro after the season, with the report citing an "adversarial relationship with school officials," of which head football coach Jimbo Fisher is excluded.

Fox Sports' Jay Glazer reported last week that Winston was dropping on draft boards around the league due to character concerns, with some teams taking him off their board all together.

Winston does not have plans to drop out of school despite the fact he currently faces a disciplinary hearing at Florida State over an alleged sexual assault in December 2012. The school is also looking into autographs the quarterback signed that were authenticated by the same company that has been linked to Georgia running back Todd Gurley.