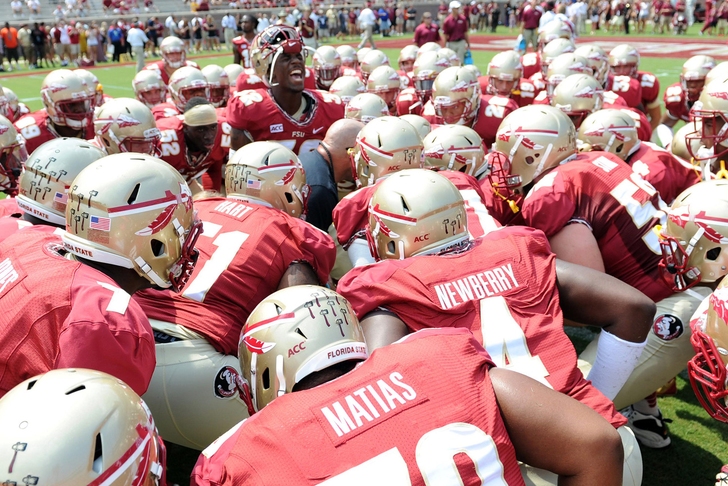 Can't get enough Seminoles football news and rumors? Be sure to download our 5-star iPhone app today!

Citing a source close to the Florida State Seminoles football program, Warchant.com confirms that former five-star recruit Matthew Thomas' suspension has been lifted. Thus, he will be eligible to play in the Seminoles' huge top-five clash against Notre Dame next Saturday.

Per Gene Williams of Warchant.com, "Thomas had been serving an "indefinite suspension" for violation of team rules. The suspension, which was announced in early September, lasted for FSU's first six games."

The reasoning for Williams' suspension hasn't been disclosed. Regardless, the redshirt freshman was expected to challenge for a starting role on the FSU defense this season and will provide the Seminoles with a major boost to their pass rush.

Williams had missed FSU's season opener with an ankle injury prior to his suspension being announced. He is now fully healthy, fully reinstated, and seemingly ready to make an impact.