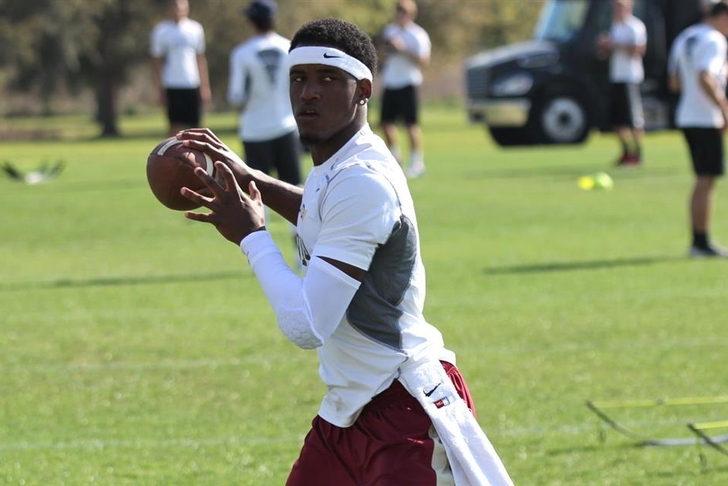 Florida State Seminoles quarterback De'Andre Johnson has been suspended indefinitely for a violation of university athletic department policy, per a report by ESPN's Mark Schlabach:

Sources say Johnson was involved in an argument with the woman after she cut in front of him while they were waiting to order drinks at a bar near the FSU campus. Witnesses told police the woman raised her arms and then Johnson grabbed them and punched her in the face.

A three-star prospect who was ranked by many recruiting services as one of the 15 best dual-threat quarterbacks in his class, Johnson has been committed to the program since 2012.

However, all of his athletic potential remains secondary to the accusations currently being levied against him.

"Florida State head football coach Jimbo Fisher has announced the indefinite suspension of true freshman De'Andre Johnson for a violation of athletic department policy," the school said in a statement.

Johnson was not expected to beat out either incumbent Sean Maguire or Notre Dame transfer Everett Golson for the starting job, but he did flash signs of future potential during spring practice.