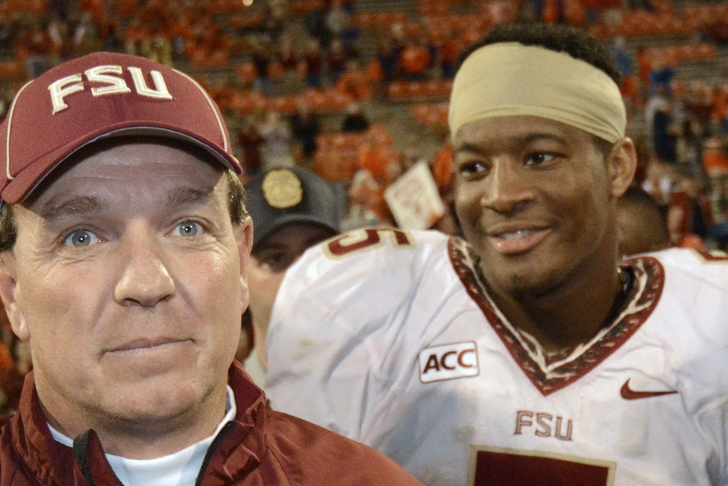 "We're moving on with Louisville and talking about the other things," Fisher said to assembled media in Birmingham, per Jon Solomon of CBS Sports, when asked about Winston's upcoming disciplinary hearing regarding sexual assault charges from back in 2012. "Everything should be great."

Fisher would then end the interview abruptly when asked if his own reputation had taken a hit.

Why is my reputation taking a hit? For backing a kid who has done nothing wrong?" Fisher said. "I don't want to get into this. The questions weren't supposed to be asked today. I'm done. I'm done."

Fisher was reportedly told by members of the Birmingham Monday Morning Quarterback Club (where he was scheduled to deliver a speech) that there would be no questions pertain to Winston's off-the-field issues.

However, media members were not informed of any restrictions to their lines of questioning before the interview session began.