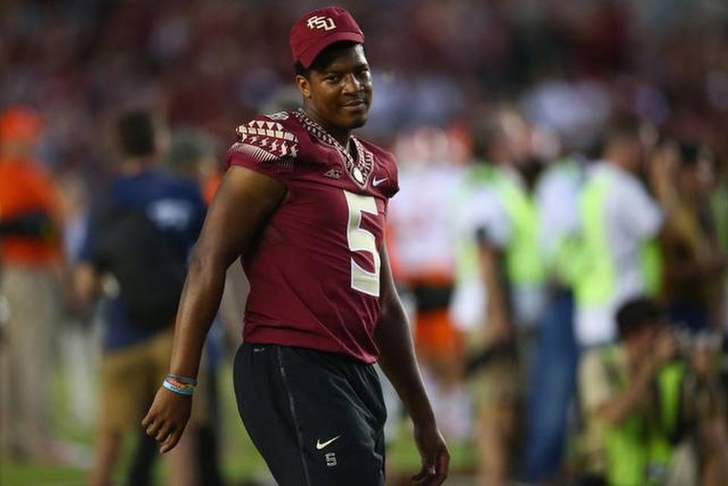 Jameis Winston's contact with an official during the Seminoles victory over Boston College Saturday night caused a stir, mainly due to the lack of an ejection or even a penalty on Winston.

After the game, the former NFL VP of Officials, Mike Pereira stated that Winston should have been ejected for making contact with the official.

Sunday, Winston explained his side of the situation, saying that there was no malicious intent with his actions.

"He was just holding me because he said we had a substitution. It was a fast-tempo play play, so I was trying to get up under there" said Winston.

Coach Jimbo Fisher backed up his quarterback, agreeing that Winston was simply trying to get to the line and snap the ball for the play.

It looks like nothing is going to come of this situation despite the controversy, but it is still a reminder that Winston needs to mature a bit if he is going to stay out of trouble as he moves onto the NFL.