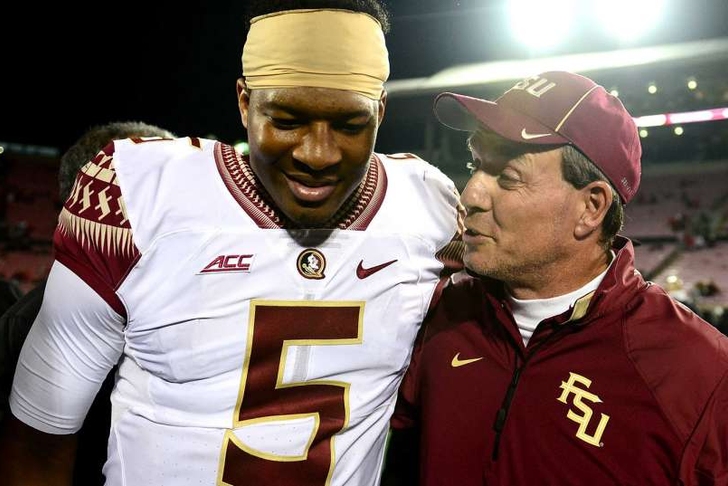 Miami jumped out on the Seminoles early, grabbing a 16-0 lead early in the second quarter, but Florida State managed to cut that deficit to 23-10 going into the break.

FSU continued that run in the second half and outscored the 'Canes 20-3 in the last 30 minutes, pulling out another comeback win.

Florida State cut the lead to 23-17 early in the third quarter when running back Karlos Williams caught a tipped pass and ran it in for a touchdown. That jump-started the Seminoles' second half push, and seemed to give FSU the belief that they would win the game.

Miami only scored three points in the second half, which left the door open for the Seminoles to climb back into the game. The 'Canes moved the ball almost at will in the first half, but became cautious and were stonewalled by the FSU defense in the second half.

All Jameis Winston does is win. The quarterback led his team back from a 15+ point deficit for the third time this season, and still has not lost a game at Florida State. He threw for 304 yards and touchdown on the night.

Running back Delvin Cook also gets a mention for rushing for 92 yards and two touchdowns, including the game-winner.

Running back Duke Johnson had a huge game against the Seminoles, gaining 130 yards and a touchdown on the ground on 27 carries.

Florida State returns home to face Boston College in their ACC finale, while Miami hits the road to face Virginia next weekend.