Halftime Quick Hitters: Clemson Leads Florida State 10-3 At The Half 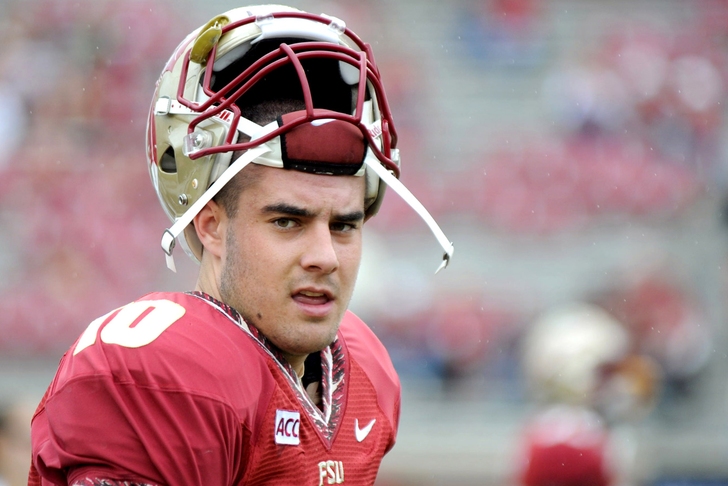 The Feeling-Out Process: Each team went three-and-out on their first series of the game, as both team's defenses traded statement series to start. Clemson would find some success on their second drive, but a 32-yard Artavis Scott catch-and-run into FSU territory went for naught as K Ammon Lakip pushed a 23-yard chip shot wide left.

Florida State would respond with a field-goal attempt of their own - this one drilled from 49 yards by K Roberto Aguayo to hand FSU a 3-0 lead mid-way through the first.

Clemson Takes Control: Clemson would tie the game early in the second quarter on a 30-yard Lakip kick, as Tigers QB Deshaun Watson went 4-of-5 for 56 yards (including a beauty of a 33-yard strike to Mike Williams).

Clemson's offense would continue to move forward, outgaining the the Seminoles' attack by a ratio of 3-to-1 in the first 24 minutes. That would finally lead to seven for the Tigers with under 6 minutes left in the first, as D.J. Howard would dive in from one yard out to give Clemson a 10-3 lead.

Florida State's Offense Hits A Wall: Of Florida State's first 27 offensive plays, 18 of those went for no gain or a loss. The running game couldn't get traction against a very busy, very fired up Clemson front seven. In fact, the Seminoles' rushing attack had -16 yards over their first six drives.

As a result, the Tigers keyed in on Sean Maguire extremely effectively (the Seminoles gained just 84 total yards in the first half) as the Seminoles were forced to punt six times out of seven drives before heading into the locker room down 10-3.