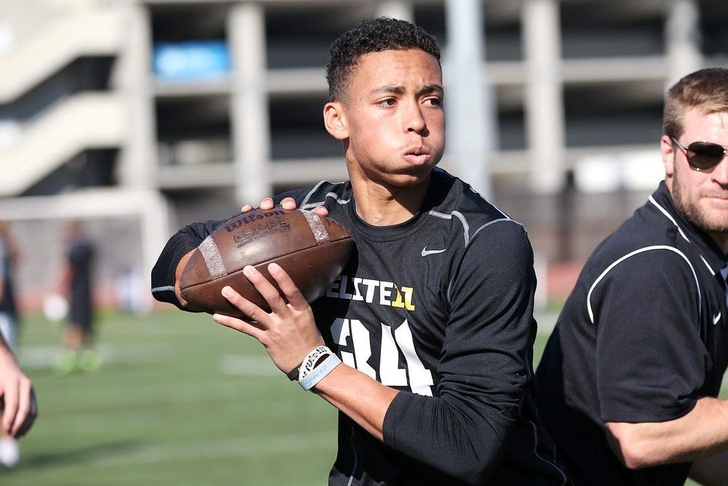 Florida State Seminoles five-star 2016 commit Malik Henry was one of just 11 prospects that earned an invite to Nike's The Opening on Sunday, winning out over hundreds of other prospects today in Atlanta, Georgia -- the site of Nike's latest regional qualifier for the event.

Coming out of Bradenton, Florida's IMG Academy, the 6-foot-3, 180-pound quarterback committed to the Seminoles back in mid-November of last year. He chose Florida State over 11 other offers, including Auburn, Michigan State, UCLA, and Notre Dame.

Check out video of Henry's tryout below, courtesy of Bleacher Report's Barrett Sallee: