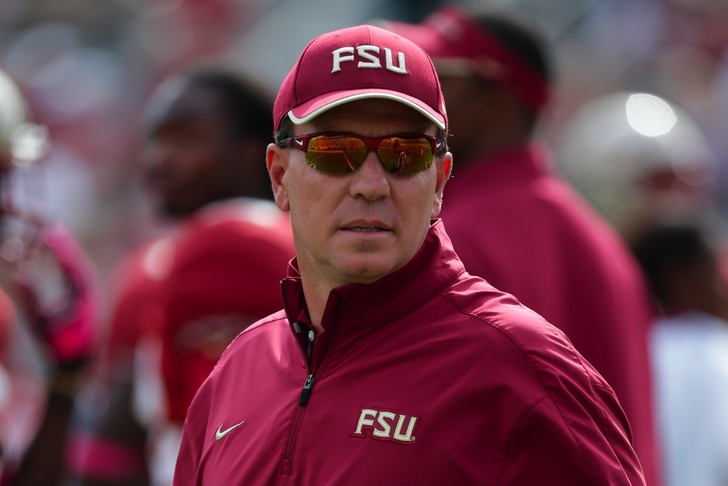 Despite their undefeated record in 2014 and a winning streak which now sits at 26 in a row, the Florida State Seminoles continue to be undersold by many critics who are going out of their way to find flaws with the team.

Watching his embattled players continuously take criticism seems to be weighing on head coach Jimbo Fisher, and he once again addressed the negativity after the Seminoles' 30-26 victory over Miami on Saturday.

That statement was made without prompting, as Fisher defiantly opened his postgame press conference in full defense mode.

“Everybody has flaws,' Fisher added. "But this team, what we’ve done here -- they believe in each other, they love each other. … They never panic, they look each other in the eye, and they handle the next play.”

There may be no stopping the critics at the end of the day, but the Seminoles are sure taking away some of their ammunition by continuing to put wins on the board.