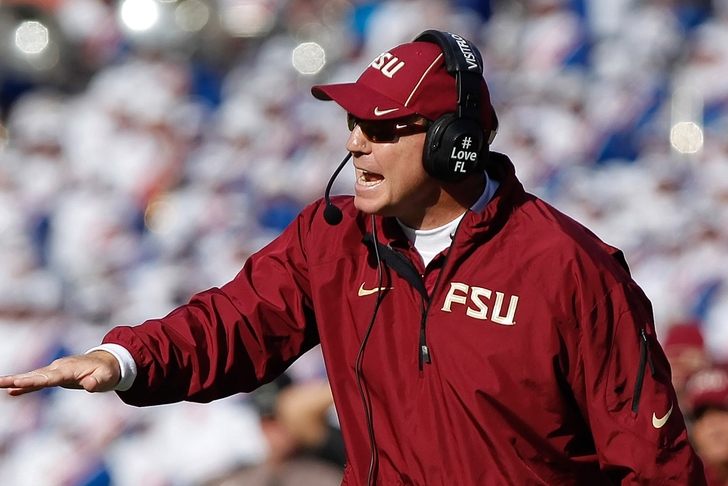 The Florida State Seminoles haven't won 26 games in a row by overlooking opponents. It helps that Saturday's challengers, the Boston College Eagles, have already pulled off one shocker this year through the means of pure physical domination.

BC took advantage of a tired USC team after the Trojans' taxing victory over Stanford in Week 2, picking up a huge home upset a week later by bludgeoning USC's defensive front for 452 rushing yards.

The 6-4 Eagles have shown the ability to win at the point of attack, dishing out body blow after body blow to become bowl eligible. For an FSU team that has taken its own share of punishment during its 10-0 start, there's no time to take the Eagles lightly.

“No doubt,” Seminoles head coach Jimbo Fisher said in regards to the physical toll of the season so far, via Jared Shanker of ESPN.com. “… That’s why football is never easy. It’s physical. That’s why it is such a different game. It’s time to man up and play.”