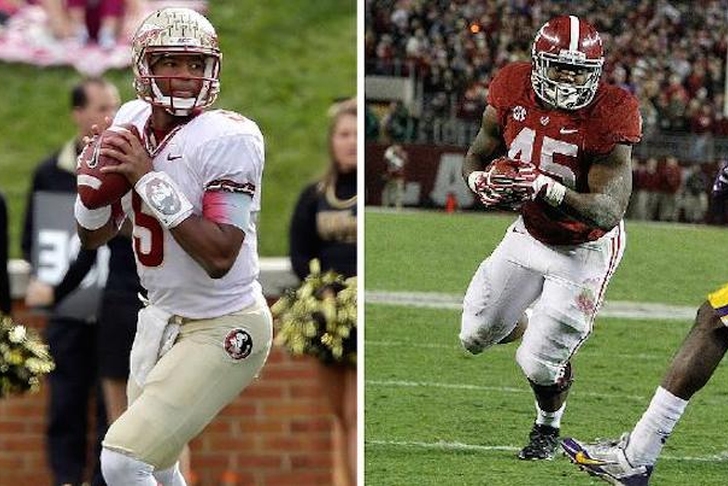 Alabama and Florida State are discussing a potential 2017 season opener in Atlanta and would be a part of the annual Chick-fil-A Kickoff Classic, according to the Palm Beach Post.

The game typically features an ACC team against a SEC team and is held in the Georgia Dome, which the Tide have visited many times in the SEC Championship Game. The New Atlanta Stadium, which is replacing the Georgia Dome, is supposed to open in 2017, so the game will likely be held there.

FSU and Alabama have only met four times since 1965, and may meet in the College Football Playoff this postseason. The Crimson Tide lead the series 2-1-1, but Florida State won the last meeting between the two sides in 2007.

Alabama had been in discussions with Penn State and USC about playing a game in 2017, but Nittany Lions have already filled their non-conference slate that year and the Trojans are scheduled to battle the Tide in 2016.

By 2017, both conferences will have a scheduling requirement in place that requires all conference members to schedule at least one game against another power conference opponent. Florida State already has this requirement fulfilled by playing Florida ever season, while Alabama needs FSU to fill their requirement for 2017.