FSU Quarterback Jameis Winston "Should Be Good" For Virginia Game 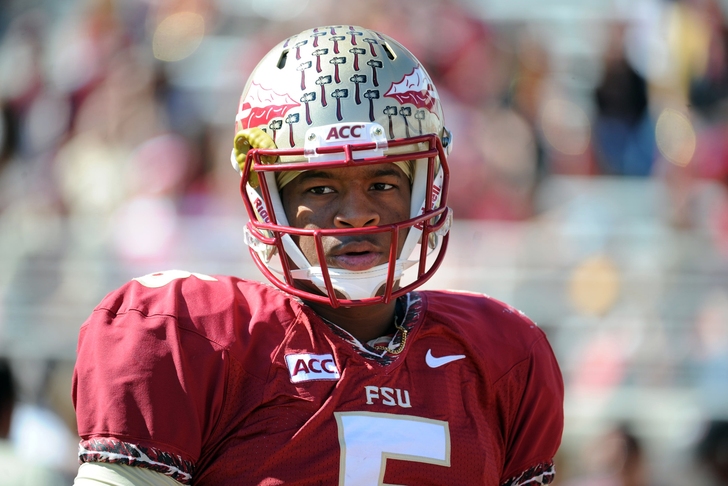 Can't get enough FSU football news? Be sure to download our 5-star iPhone app today!

Florida State Seminoles quarterback Jameis Winston was clearly hurting during last Thursday's victory over the Louisville Cardinals, hobbling around the field at times while attempting to make throws.

However, head coach Jimbo Fisher says that Winston is likely to be behind center against Virginia despite the obvious pain he was in on Thursday.

“Should be good,” Fisher said of Winston's status, per ESPN.com (via NBC's College Football Talk). “It’s an injury but no different than anybody else’s. A lot of guys got sore ankles right now.”

Fisher also indicated that there is a difference between being injured and playing through pain. Most football players are in a considerable amount of pain at this time of the season regardless of their injury statuses.

“Pain is temporary,” Fisher offered. “You got to put it away. The guys that can deal with and play with it are the guys [that succeed] in this game for a long time."

"I thought he (Winston) dealt with it very well.”