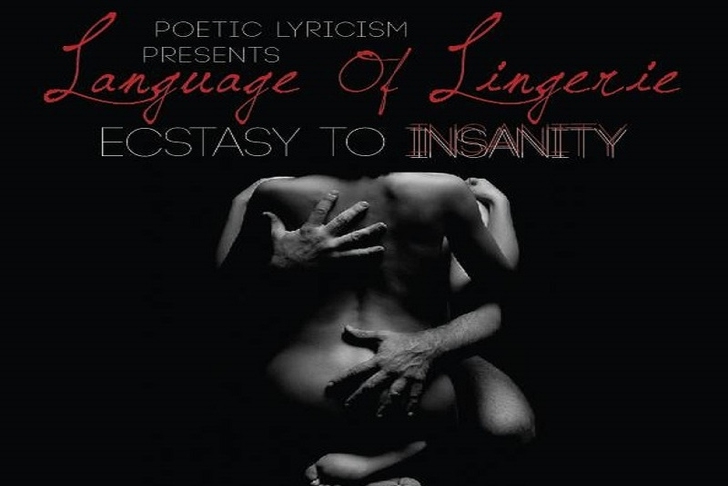 Florida State University is one of the most diverse and interesting institutes of higher learning in the country. Contrary to general assumption, however, some of the more active members of the campus community are the student-athletes. There are hundreds of registered student organizations open for involvement by the Tallahassee collegiate population. Whether it be engaging in community service, becoming politically active, or discovering a hidden artistic talent, FSU gives everyone the opportunity to express themselves while also pursuing an education. In that same vein, the 'Noles who run, jump and tackle with a FSU uniform on are no different. Seminole athletes are revered instead of rejected by their fellow students. It doesn't hurt that the school is known for having a very lively "social scene", either.

So it should come as no surprise then that the student-run event most anticipated and attended by the student body just so happens to be its sexiest. Organized by groups Poetic Lyricism/Reflections Modeling Troupe, the "Language Of Lingerie" (affectionately nicknamed "LoL" by FSU students) is an erotic poetry show normally held around Valentine's Day. The event has become hugely popular amongst co-eds at State, currently in its 8th year of activity on campus. The event is designed to display the very best in physical appearance and intellect that Seminoles have to offer. Through an extensive try-out period and rehearsals that would rival a theater ensemble routine, elite orators prepare to seduce a curious audience with pieces on sex, relationships, and social mores relative to the current flock of co-eds. Poets are aided visually throughout the entire performance via choreographed movement by a drove of scantily clad models of both genders. For years, many Seminole athletes (particularly males) participate via an open casting call as a sign of goodwill to their peers. Chat Sports spoke with two such confident chaps (Pre-Social major James Harris-a Senior Track & Field athlete from Lanett, Alabama, along with Political Science major Pierre Jolicoeur-a Sophomore Defensive Tackle from Miami, Florida) before the show about their involvement with the event, along with the current buzz around FSU Athletics in Tally:

Chat Sports: So fellas, last time I checked, there is no sport that combines track and football-but you two are practicing as a unit. What are you guys working on right now?

Chat Sports: Pierre, how did you find out about this particular event?

Pierre: I found out through my fraternity brothers [Kappa Alpha Psi Fraternity, Inc.] about this particular event... We thought it'd be an opportunity to help out [the campus] community in a different and fun way.

Chat Sports: There's a generalization/stereotype that athletes on campuses are kinda ostracized and separate from the student body as a whole. Being involved in this event, what do you think it says about Florida State and how unique it is a a university? Considering you guys are athletes that intimately interact with fellow students from all walks?

James: You're right-we do kinda get looked at as outcasts just because we are athletes. But we're comin' in and joining in [the general student population at FSU]... I think it says alot that we're able to work hand-in-hand with everybody to put together the show... I believe it's already sold out-that says something about our program. That we're more than athletes, and we can be apart of regular things [that students do] as well.

Chat Sports: Let's talk about your specific sports-first off congrats Pierre on being a part of this national championship team-tell me about the vibe right now with the football team/the responses you've gotten since returning home?

Pierre: Nothing but positive energy from the student body. [Students are] very encouraged by the championship... It's also rewarding because when you're walking across campus people often stop you just to say congratulations and shake your hand. It's the pride of the university overall.

Chat Sports: Moving forward, what are some of the things that you're going to be doing from an athletic standpoint with your teammates this off-season besides going to class to prepare yourselves for this run?

Pierre: To be honest with you, we already started spring football. We're a couple of days in right now; we're already back at work. We have the mindset that last year was last year-we have to find our own identity and work to make a name for ourselves.

Chat Sports: I know track season is upon the horizon, James. The squad is well-renowned and highly-ranked in its own right; I overheard you talking to some students about the upcoming FSU Relays. Tell me about what's going on with the track team?

James: Right now we're kinda in full swing with indoor season. [ACC Indoor Championships] are coming up in a couple of weeks and we're looking good. We have the #3 60 meter runner-I'm the #4 in 400 meters and sitting #2 in the high-jump... We also have two more 400m runners who are in the top ten-and we have the #1 triple jumper in the nation. I mean I could keep going-we got alot of guys out there stepping it up. The football team has set the bar, because everywhere we go people are like "Aww man, ya'll just won a national championship!" so we wanna carry on the FSU traditon... The season is looking really good and we're excited about going to conferences and [FSU Relays] right after.

Chat Sports: Well it seems like not only are you guys at the top of your game in your respective fields but also with this LoL thing! I also notice that you guys are like the comic relief during rehearsals-tell me about what's going on behind-the-scenes to prepare for the show and all the fun it seems like you both are having?

Pierre: It's just like getting ready for a football game-it takes alot of practice and energy-but being that we're student-athletes we know sometimes you need that comic relief to release the tension in the room as far as getting ready for the show... We're used to being under pressure so we just want everybody to feel comfortable, and know that this will be a good experience for everyone.

Chat Sports: I'm sure the fact that you're working with a bunch of students who also happen to be very attractive, something FSU is known for, doesn't hurt right?

James: [Smiles]  You know, sometimes you have to just take a deep breath and remember to stay in business-mode... [Laughs] I mean, I think that's one of the perks of being apart of this-you're getting to interact with beautiful young women in putting together something that is going to be talked about around campus for months. You know [students] will be like "Man, they put it down at LoL!" This is my first time being able to do the show so I'm excited.

Pierre: Yeah, this is my first time as well [Laughs]...

Chat Sports: You guys already have a presence amongst the athletic circle here, but are you ready for the response from the rest of your student peers after the show?

James: I know it's gonna shock some people-but I know Pierre is on top of his game and I'm on top of mine-so I think that we're gonna go out there and show that we can do more than just compete [athletically] at an elite level. We can show how sexy we can be [laughs]... I think they'll be shocked to see this other side of us.

Chat Sports: Alright guys, break a leg out there!

Pierre: [Laughs] Will do!