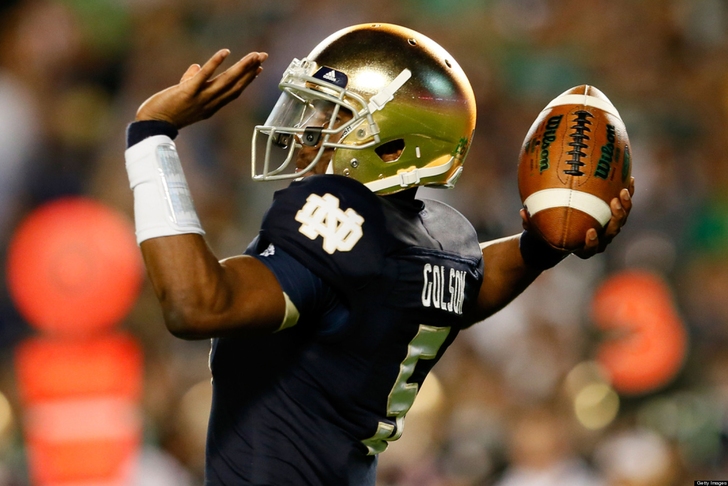 Former Notre Dame quarterback Everett Golson has announced that he will transfer to Florida State for his final season of eligibility, according to FOX Sports.

"This past weekend has been a defining moment in my life as I am proud to say I am a graduate of the University of Notre Dame," Golson said in a statement to FOX Sports. "The support I've received there over the past four years has helped strengthen my integrity, wisdom and character. I would like to thank all of the coaches who spent time speaking with me these past few weeks and considered adding me to their football programs. Their interest and sincerity was truly humbling. After much thought and careful consideration, I will utilize my fifth year of eligibility to join the Florida State University Seminoles. To coach Jimbo Fisher, the Florida State football team, staff, alumni and fans, thank you for allowing me to become part of the Seminoles family. I can't wait to get started."

Golson started all 12 regular season games for the Irish last season before losing his starting job in the Music City Bowl. He passed for 3,445 yards, 29 touchdowns, and 14 interceptions last season while rushing for 283 yards and eight more touchdowns.